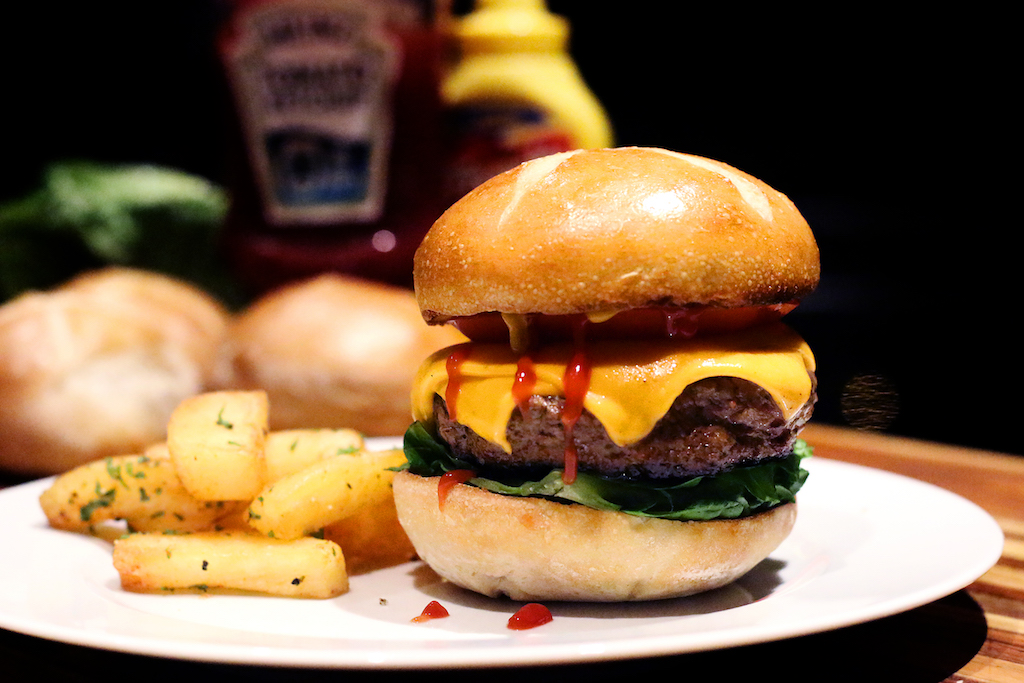 Uh-oh, people. A British guy is about to start talking about burgers. Please pardon my impertinence, but I love hamburgers, so this has to be done.

The origin of the hamburger reveals a very long history that possibly extends further back than the Mongol Horde of Genghis Khan. The Mongols had a very interesting method of preparing meat for the table. These idiots used to put crappy horse meat under their saddles, ride into battle, and rely on the day-long, sweaty collision of horse back and Mongol butt to flatten and tenderise the otherwise inedible flesh. I cannot imagine what that would taste like, but this idea places the invention of something like a burger at about 1210AD. Some historians point put that this technique may used have been to treat the sores on the horses’ backs. Sadly, Genghis et al are long dead, so we can’t ask them. Importantly though, the Mongols got as far as Russia, and we will come back to the Russkies in a moment.

Going further back in time, one of the oldest cookbooks in existence is the text known as Apicius. This was written in the 4th–5th Century AD by a loose collection of Roman gastronauts. Apicius was used by the Romans to take a little bit of home wherever they went, and it is this book that is responsible for giving the British the English roast dinner that they so love. In the book is a chapter named Sarcoptes, which means ‘The Meat Grinder.’ This chapter includes a recipe for ‘Isicia Omentata,’ which looks a hell of a lot like a hamburger. Isicia Omentata was actually quite posh. It contained minced pork, which was flavoured with pepper, wine and garum (fermented fish sauce), and served with a red wine sauce.

Back to the Russians. In the 1600s, the Germans, sailing out of Hamburg were bringing back meat patties from Russia, known as steak tartare, named for the Tartars they were acquiring them from – there is no guarantee that this is minced Mongol horse sweat burger, but we do know that steak tartare remains today as the famously challenging French dish of raw minced beef topped with a raw egg yolk. I will never forget my encounter with steak tartare – it put me in bed for a day of vomiting during a ski holiday in Meribel, and left me wth a very bad stomach for days afterwards. Thank-you very much to Le Cap Horn at Altiport, Courcheval for that. Importantly, though, this is where the beef patty ends up in Hamburg, and the provides the reason why we have a beef product that appears to be named after the leg of a pig. It’s not named after ham – it’s named after Hamburg.

From Northern Germany, the usual pilgrim route from Europe to the US took a smoked beef known as ‘hamburger beef’ (smoked beef survived the trip very well) to the Eastern seaboard of the United States, and onwards into the country’s interior. That beef was often minced, flattened into a patty, cooked rapidly on both sides, and possibly put between pieces of bread to enable it be eaten with the hands.

From this point forward, there are countless claimants to the invention of the American hamburger as a beef patty served between slices of bread. However, only one home cook is claiming to be the first put a burger in a bun. This is Oscar Weber Bilby of Grandpa Oscar’s Farm, Tulsa, Oklahoma. Bilby’s family have claimed for years that Grandpa Oscar got to cooking some hamburgers on 4 July 1891. Once these beauties were grilled, he put them in Grandma Fanny’s homemade yeast buns, and served them to a gathering of locals – a ritual he repeated every 4th of July, with growing crowds of hungry diners each year. Unbelievably, you can still get burgers grilled on Grandpa Oscar’s homemade grill at Weber’s Superior Root Beer at 3817 South Peoria Avenue, Tulsa, Oklahoma 74105, USA.

From its very simple beginnings, the American hamburger has been re-exported back to Europe, and chefs and cooks on both sides of the Atlantic have messed about with it beyond all imagining. We have chilli burgers, veggie burgers, double bacon cheeseburgers, triple patty burgers, raw onions, caramelised onions, pickles, mustards, and all sorts of other modifications that forget the two fundamental things that define a good burger: 1. It has to taste of the burger; 2. You have to be able to pick it up.

On point 1, I am absolutely clear that the ingredients for a good burger patty are minced beef and … minced beef. The optimum burger is 50% sirloin, 25% brisket and 25% short rib. In general, much prepared mince is made of chuck, and that is generally what you will find in a burger you buy. There are no onions, no breadcrumbs and no seasoning. There is also no need to add an egg to bind it, because you can use a beef press to force the patty into a cohesive shape that will not break up on the grill or in the pan – alternatively, you can roughly shape it to enable crispy nodules to form in the pan. Making a burger from just beef lets you taste the beef and control the seasoning by treating the burger exactly like a steak – i.e. season, and sear in a hot pan with a bit of foaming butter. Do not salt a burger before it is formed into a patty or it will go rubbery.

Point 2 is all about engineering. I am literally fed up to the back teeth of being served gourmet burgers that I can’t eat with my hands. The mark of a well-constructed burger is to be able to eat it with one hand, with no loss of ingredients, and for the first and last bites to include a taste of everything that was put in it, including enough bread to keep your fingers clean. A burger should absolutely never need dismantling, should not require a knife and fork, and nor should you need to go home and wash your shirt after eating it.

As for what to put in a burger, lets start with the bun. I have tried the trend for brioche, and it doesn’t work. It is too sweet and too greasy. The bun should be white bread, and not crusty because crusty is messy. We make our own bun dough with a Panasonic bread maker, glaze the baps with egg before baking, and then toast them to prevent the burger juices and condiments from soaking the bread.

Salad: two leaves of gem lettuce make a great crunch, but do trim them to fit the bun. I enjoy some tomato in there, but to avoid height and water, I use a single, thin slice of a beef tomato. I then add a couple of slices of homemade cucumber pickle, and squirt over classic tomato ketchup and USA yellow mustard.

Cheese is where it gets ugly. Let’s be absolutely clear: Cheddar is among the worst things you can use. Cheddar splits when heated and gives off a load of oil, leaving curdled cheese behind on your burger. It is also too sharp and nutty for the job. Cheeses better suited to the task are Gouda, Emmental and Gruyère. But really, if you want to get it right, you could sniff a Monterey Jack in the deli while on the way to finding the correct cheese, which is a processed Kraft Cheese Single. While as nasty as hell when cold, these processed cheese squares melt beautifully. In fact, I would say that the cheeseburger is literally the only legitimate application for these orange squares of pure filth.

For a recipe-less treatise on the rules of the hamburger, look up Anthony Bourdain’s new book Appetites. He shares many of my views.

In this recipe, I cook the burger described above, and serve it with Heston Blumenthal’s triple-cooked fries, finished per Gordon Ramsay.

For the fries prep:

Start in the morning by prepping the fries to their mise en place. Place the chipped potatoes in a pan of cold water and bring to the boil. Boil them for 6 minutes, drain and dry with kitchen paper. Place the potatoes on a metal baking tray (don't let them touch each other) and freeze.

Once the potatoes are frozen, heat the fryer to 130˚C and fry them for 4 minutes. Fish one out and test him. He should be cooked in the centre. If not, give them another minute but remember that you are not looking for much colour on the fries at this stage. Freeze them again.

To make the burgers:

Put a wax disc in a burger press. Push the minced beef into the press, and lean on the centre to create a tightly packed burger. Add another wax disc and chill (you can freeze these before vacuum packing them for freezer storage – don't try to vac pack an unfrozen burger).

When you are ready to eat, heat the fryer to 180˚C. Heat the butter in a large frying pan until foaming.

Season the burger liberally on both sides, and place in the pan. Cook on a high heat until a good crust forms, and blood spots appear on the surface. Flip the burger over, and put the cheese slices on top in an offset 'Star of David' pattern. Cover the pan with a lid (to melt the cheese) and continue to cook for about half the time you cooked the previous side. Use a meat thermometer if you are unsure – you are looking for >56˚C for a slightly pink burger, and >60˚C for well done.

Remove the cooked burgers to a board and rest them while you finish the fries.

Finish the fries by frying them until golden (about 2 mins). Toss them in a bowl with the parsley and paprika. Season.

Assemble the burger as bun base, lettuce, burger with the cheese, tomato slice, pickles, Tommy K, mustard, bun top. Add some fries to the plate and serve with no cutlery whatsoever.

Making your own fridge pickles is worth it. Crinkle slice cucumber, and stuff a sterilised jar with them. Pour over malt or beer vinegar with sugar dissolved in it to taste. Add some fresh herb sprigs, a few peppercorns, and some slices of fresh chilli. Seal, shake, and keep in the fridge for a week or so before using. They keep for about 6 months if the jar was properly sterilised and the cucumber slices are completely submerged. This method can be adapted to a lot of vegetables, and they make a handy garnish for cold starters. Beef cuts for burgers are very often 70% chuck and 30% brisket. Chef and burger scientist J Kenji Lopez-Alt suggests 50% sirloin, 25% brisket and 25% short rib, which translates in British cuts as 50% sirloin, 25% brisket and 25% chuck. 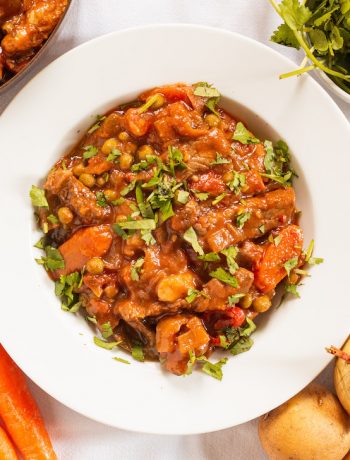 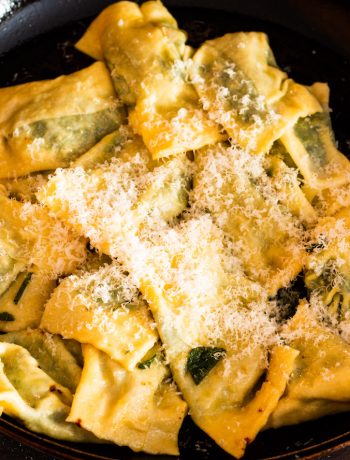 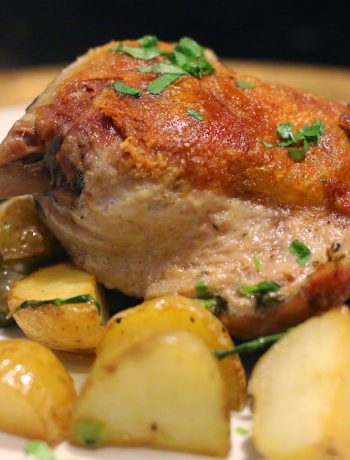