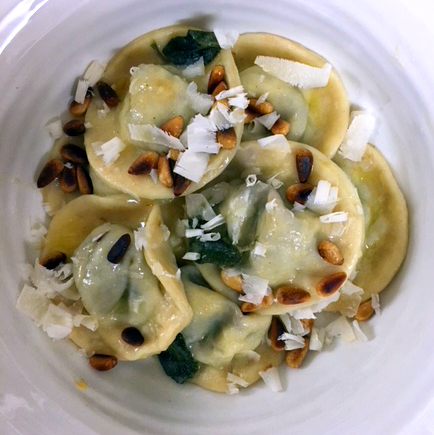 With no closed season for Britain’s commonest agricultural pest, wood pigeon is an inexpensive meat that can be enjoyed all year round.

The complex history of ravioli has already been covered in a previous Nosey Chef article – ravioli di anatra e broccoli. However, a quick Google search for ‘the history of eating pigeon in the UK’ reveals some interesting facts. Domesticated pigeons, generally under 4 weeks old and bred specifically for eating are referred to by the culinary term ‘squab.’ The word is probably of Scandinavian origin (from the Swedish skvabb meaning ‘loose fat flesh’). Historically, ‘squab’ covered all species of dove and pigeon, including a number of now extinct species such as the Socorro Dove and the rather oddly named Passenger Pigeon. However, in modern usage the terms applies almost exclusively to domesticated pigeons and  never to game birds hunted for sport.

My recently departed mother-in-law, who came from a good, strong, north Devon farming stock, would only ever buy meat from a ‘proper’ butcher, and insisted in knowing its origin. This is one of the many things that I learnt from her and, when it comes to game I always try to purchase meat from local sources (no rabbits from China) and preferably despatched in the wild by the local shoot rather than being intensively farmed. Its all about the entire lifecycle of the rural economy; the game brings the guns, which brings employment, and the spoils of the day provide food, as well as further employment and income. In short, nothing is wasted, which includes most importantly, the life of the animal. Everyone benefits.

As a Nosey Chef parent, there are certain questions that you really should know better than to ask of one’s children; such as “What would you like me to cook for your birthday supper darling?” I made the recent mistake of asking this question of my 12 year old daughter. “Molecular caprese (my modernist take on the Italian classic), followed by pigeon ravioli, with íles flottante to finish,” came the reply. Why did I ask? Anyway, after a little bit of thought I devised this rather tasty recipe for her ravioli. It was an overwhelming success, if not a little rich. So, you may want to serve less of it as a starter – it’s up to you. I always imagine a dish like this being consumed in the warmth of a mountain hut in the North of Italy on a cold winter’s day, with the pungent aroma of woodsmoke hanging heavy in the air. Enjoy, close your eyes and transport yourself to a location of your choosing with each mouthful.

First make a soffritto: heat the butter in a large casserole, until foaming. Add the carrot, celery and shallot brunoise. Turn down heat and cover. The aim is to cook the vegetables without browning. Sweat the soffritto gently for about 20 mins, stirring occasionally. When cooked, the soffritto should have a translucent appearance.

Add the pigeon breasts and the bacon and cook for 2 minutes. Finally, add the red wine, balsamic vinegar,stock, cacao and herbs. Stir well, cover and simmer over a very low heat, stirring occasionally, for about 2 hours. The pigeon breasts should be falling apart by now and the liquor beginning to reduce.

Using a stick blender, blend to create a coarse, thick paste-like consistency. Boil rapidly for a few minutes uncovered, stirring continuously, until all the liquid has evaporate. You should have a thick, rich mixture which keeps its shape when heaped up in the middle of the pain. It might look a little unappealing but tastes incredible. Season to taste and set aside to cool.

To make the pasta, place the pasta flour and eggs into a food processor and 'whizz' until combined into a single ball of dough. Knead very briefly on a lightly floured surface. Form into a ball, wrap in clingfilm and place in the fridge to rest for about 30 minutes.

Divide the pasta into 4. Roll each portion into a small ball and run through a pasta machine, moving down the thickness settings with each pass, up to the second thinnest setting, to create a long, uniform rectangular strip.

Depending on the size of ravioli you want, cut out circles of dough using a pastry cutter. For each ravioli you will need one circle for the base and a slightly larger one for the top. Roll a small ball of filling in your hands and place on each base. Wet the perimeter with water using a small pastry brush. Drape the larger circle over the ball of filling and press down the edges to seal, ensuring there are no air pockets (these will cause your ravioli to burst). Trim to a uniform size using the smaller of your 2 cutters.

Place each ravioli on a lightly floured tray. Repeat the rolling, cutting and filling process with the other pieces of pasta dough. This is time consuming, but doing it this way gets the most pieces of ravioli from each sheet of pasta.

Fill a large shallow saucepan with water, salt and bring to the boil. Cook the ravioli in batches for 5 to 7 minutes, stirring very gently occasionally, being careful not to break the ravioli. Whilst the first batch is cooking heat 100g of butter in a heavy bottomed frying pan, with the sage leaves, until frothing. Remove from the heat before it turns to beurre noisette.

Toss each batch of ravioli in some of the sage butter, plate and serve with a sprinkling of toasted pine nuts and grated parmesan.

Try making larger individual ravioli and serving one per person as an elegant starter. 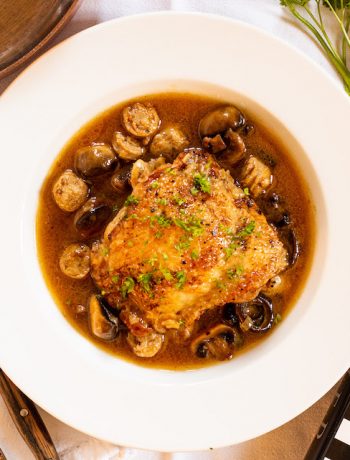 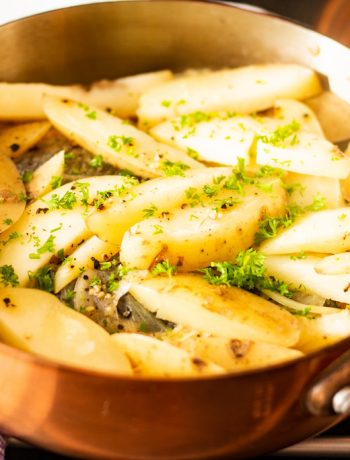 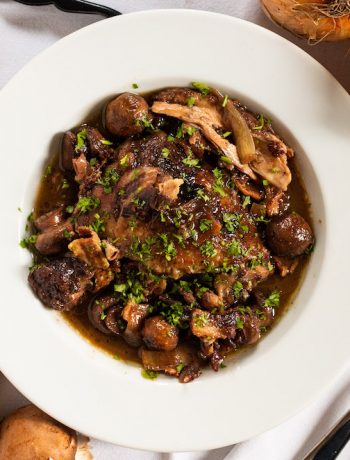