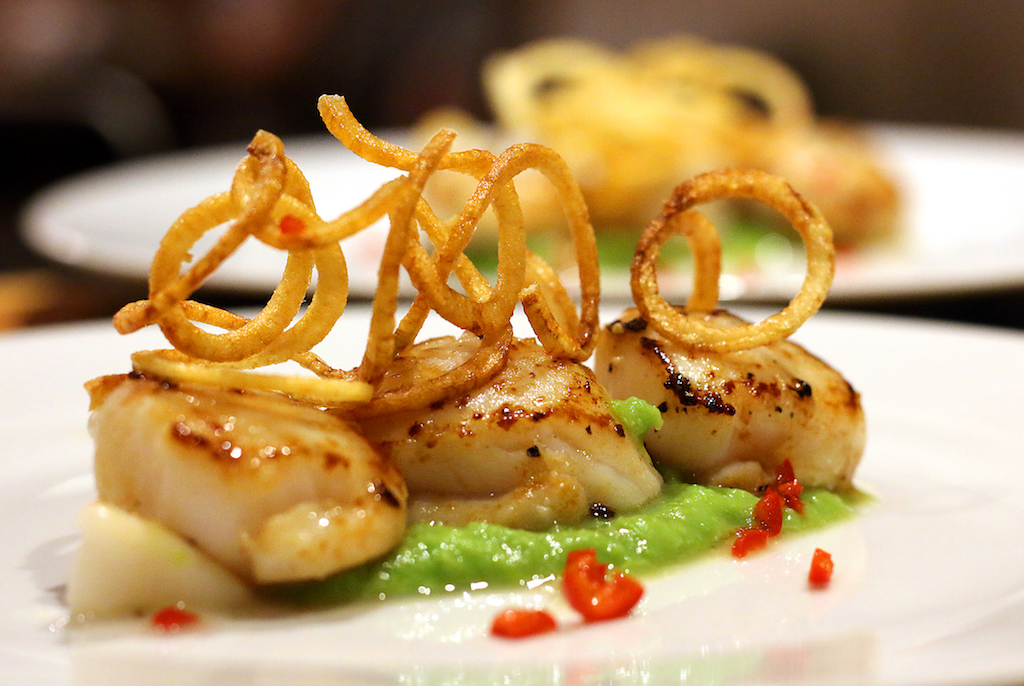 Pecten maximus, the king scallop, is the variety of scallop that is found in British waters. The Americans and Canadians have the biggest scallop fishery up in the North Atlantic (for Placopecten magellanicus), but we in the UK are lucky to have our own in a fishery that stretches from Norway in the North to the Iberian peninsula in the South. The UK and France land more king scallops than any other country, with the UK landing 19,000 tonnes of them in 1999, accounting for more than half the global king scallop haul.

King Scallops are royal in name only. The British royal family does not eat shellfish for the same reason that they never travel on the same aircraft. Preservation of the royal line, it seems, comes before enjoyment of shellfish and the risk of the odd bad oyster. However, we are led to believe that the the more adventurous and ‘modern’ Prince Charles does have the odd bivalve.

Scallops are dead easy to cook once you understand that frying them is a lot like cooking a steak. The trick is to get your frying pan hot with melted butter and put the scallops in around the edge from 12 o’clock in a clockwise manner. You fry them until they get a nice colour, and then you turn them in the same order you put them in the pan. For the second side, you poke them as you would a steak, taking them off the heat as soon as you detect them stiffening up a bit.

When Nosey was dreaming a scallop dish, he played it very safe and adapted the principles of chip shop fish and chips to the more delicate flavour of the king scallop. We made a version of this when our friends Claire and Paul came over for dinner. When we recently asked Facebook followers to request a recipe, Claire piped up for the ‘posh fish, chips and mushy peas,’ so here it is.

Begin by pickling the chilli. Put the chopped chilli in a jam jar with 30ml malt vinegar and the caster sugar. Shake and leave to one side for as long as you can.

Simmer the peas and shallot in a pan of water until cooked. The shallot will be translucent. Drain and put the vegetables in a blender. Add a little of the milk and blitz to a purée. If the mixture will not purée, add a little more milk and blitz again. You may not use the whole 50ml. Season the purée and pipe it into a squeezy bottle. Set aside.

Heat a deep fat fryer to 190˚C and quickly fry the potato spirals until golden and crisp. Lift out of the fat.

Season the scallops on both sides. Heat a frying pan with a knob of butter. Put the scallops in around the edge from 12 o'clock in a clockwise manner. Fry them until they get a nice colour (see picture), and then turn them in the same order you put them in the pan. For the second side, poke them as they cook and take them off the heat as soon as you detect them stiffening up a bit.

While the scallops are cooking, put the cooked potato in a bowl, add a shake of malt vinegar and some salt. Put a plate on top of the bowl and shake to season the potato.

Assemble the dish by putting a squirt of pea purée on each plate, put the scallops on top, and the potatoes on top of the scallops. Spoon some pickled chilli around. Serve. 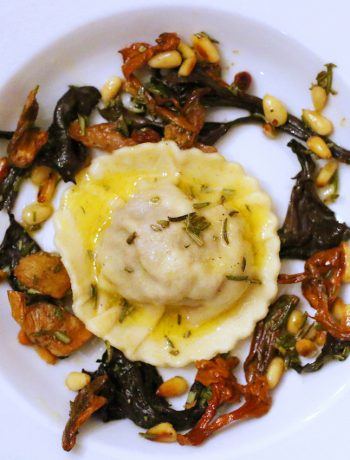 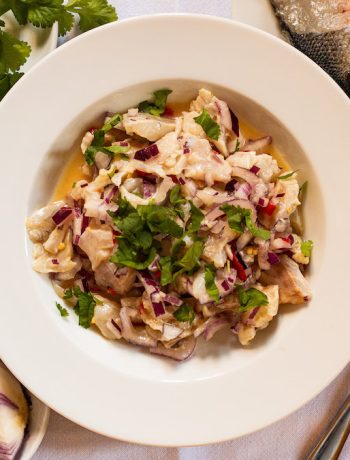 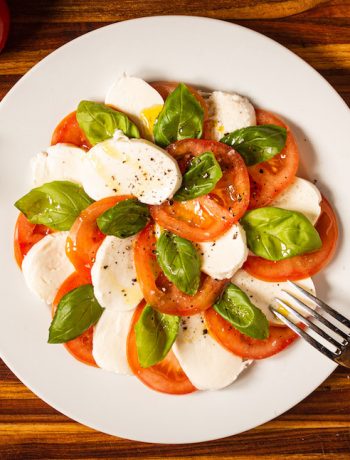