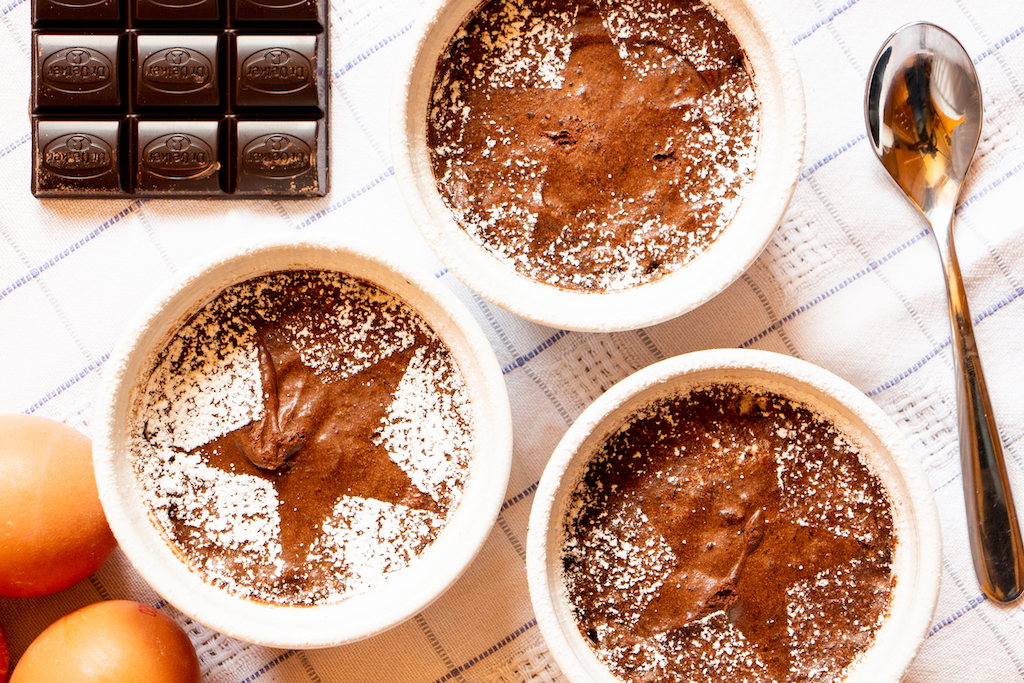 In food terms, the history of chocolate mousse is relatively recent, simply for the fact that chocolate itself came to Europe rather late. It was the Spanish who brought it back from South America where they had found the Mesoamericans (Aztecs and Mayans) drinking it. Once home, the Spaniards added sugar to offset the bitterness, and were therefore scoofing down something very like a modern hot chocolate. It was favoured as an after-dinner drink, and remained so for a very long time.

In 1602, chocolate is recorded in Austria (still being drunk), and over the next 100 years, the stuff spread over the face of Europe (still as a drink).

In the 18th Century, mousses were found in France, but the first marriage of the mousse technique applied to chocolate is not known. The uses of chocolate in food rather than drink is an 19th Century thing. Interestingly, when we look at August Escoffier’s 1903 seminal guide to French cooking, Le Guide Culinaire, there are no dessert mousses present, and only one recipe that contains chocolate (a sauce). As the mousse au chocolat is so quinessentially French and Escoffier skips it, it is entirely possible that it was only invented in the late 1800s. This notion is supported a little by the fact that the first American recipe has been identified, and that was in the Boston Daily Globe in 1897.

So far as moden recipes go, they vary quite a lot. We have tried one by Raymond Blanc and failed to make a good job of it (why are there 10 egg whites in that?). Hunting for traditional recipes, including watching Julia Child in action, revealed that a mousse au chocolat is basically an uncooked chocolate soufflé. Once you know that, all the mystery falls away, and we are left with the recipe described here which is from French patisserie impresario Alain Desgranges. A yolk-enriched chocolate ganache is made and combined with the merengued whites from the same eggs – which is exactly how a soufflé mix is prepared.

Ensure the eggs are at room temperature.

Slowly melt the chocolate in bain marie for 20 minutes.

Warm the cream and and pour it onto the chocolate. Check the temperature carefully. You are going to add the egg yolks, and the small amount of residual heat will help thicken them, but too much heat will scramble them. Once you are confident on the heat, add the egg yolks and mix in to form a cream ganache.

Whisk the egg whites to a stiff consistency while slowly adding the sugar.

Fold a small amount (dessert spoon) of egg white into the chocolate ganache, and continue to add small amounts until a third has been added. Once a third is in add the rest and fold in, taking care not to knock all the air out – the process is exactly the same as making a soufflé.

Spoon into ramekins or glasses and chill.

Soaked gelatine can be added to the cream if you want a harder set. Any flavourings like rum, brandy or Grand Marnier can be added at the chocolate and cream stage. 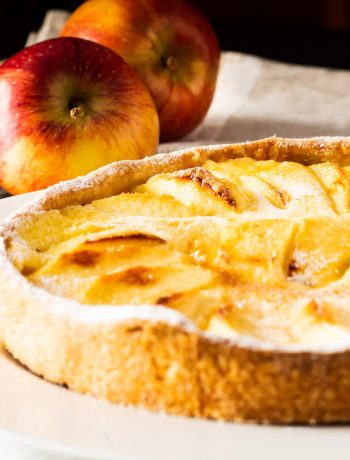 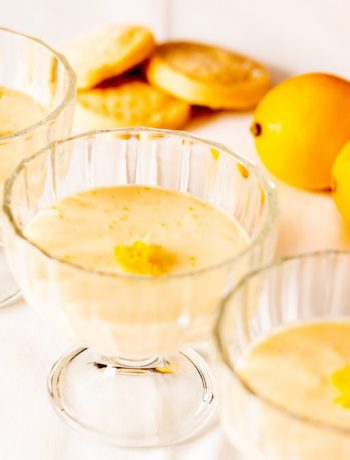 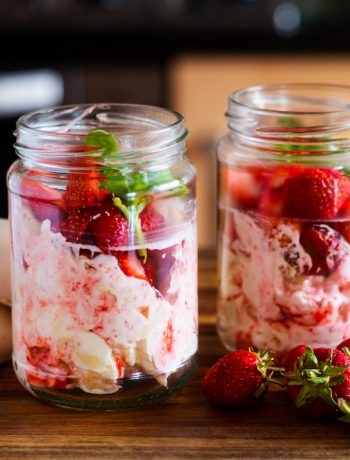