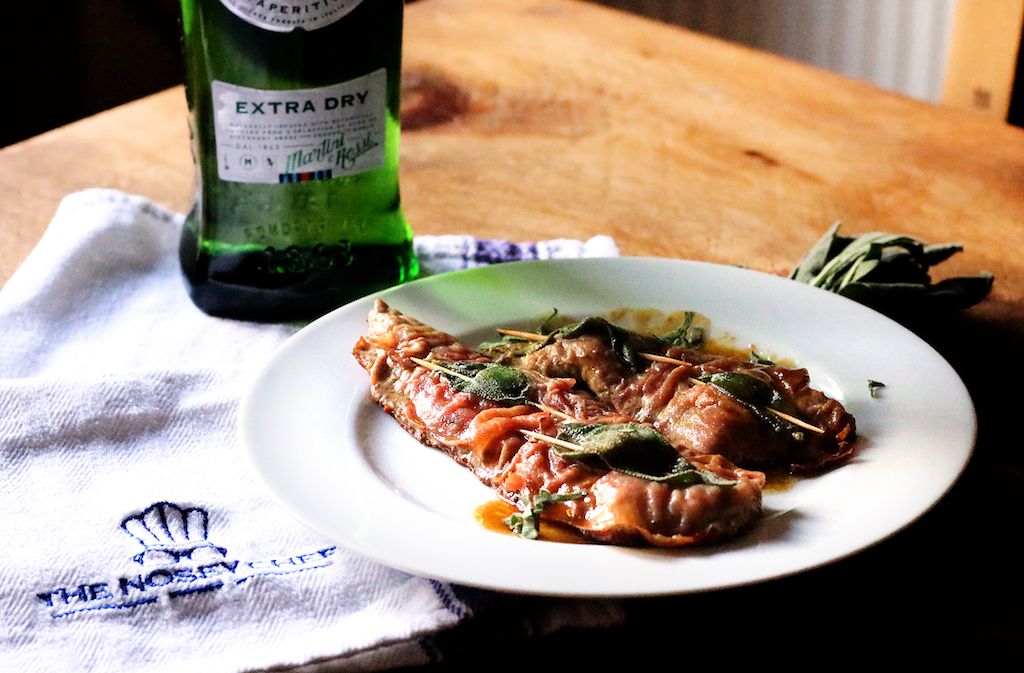 Saltimbocca translates as ‘leaps into the mouth’ quite simply because it is one of the most straight-up, no-messing, tastiest things in the whole of the world. This is unsurprising, given that the ingredients are baby cow, cured pig and herbs, and the cooking method involves a pile of butter and a frying pan.

Pinning down the origin of saltimbocca is a bit awkward. The dish is often called ‘saltimbocca alla Romana.’ Does this mean it is ancient Roman, or does it mean that it comes from Rome? Unfortunately for food historians, the term ‘cucina Romana‘ has become confused, and it now taken to mean both of these things. However, the idea of pinning prosciutto to a veal cutlet, trapping a sage leaf in the process does sort of look like it could have come from the Imperial Rome, as the Romans were certainly an inventive lot in the kitchen.

The first evidence of a written recipe for saltimbocca alla Romana appears in Pellegrino Artusi’s La scienza in cucina e l’arte di mangiar bene as recipe No.222. In the recipe, Artusi writes:

I have eaten them in Rome, at the trattoria Le Venete, and therefore I can describe them exactly. They are veal chops of milk, seasoned lightly with salt and pepper, on top of each of which is placed half a leaf of sage (a whole would be too much) and on the sage a slice of fat and lean ham. To hold together these three things stick with a toothpick and cook with sauteed butter.

He adds that the chops should be flattened to the thickness of half a finger, and that they can be served with any side dish. 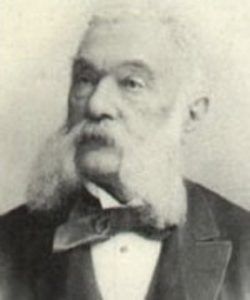 Importantly, Artusi does not say anything about rolling the veal up into a sausage, which is a very common variant in the preparation of saltimbocca. When we were looking for a version good enough for this blog, we went to Serious Eats where Daniel Gritzer has some very sensible things to say about cooking the dish. The Gritzer method ensures that the veal is cooked, the prosciutto is not over-cooked and the sage is activated to release flavour. Here we only dust one side of the veal with flour because the very short cooking time on the prosciutto side is insufficient to cook off any flour applied to it. Over-cooked prosciutto is nasty, but you need to show it some heat to run its flavour into the veal. 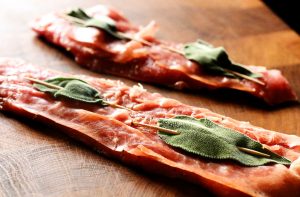 For the purposes of our photos on this page, we made up our saltimbocca with veal, prosciutto and sage in that order. In reality, the dish is a bit cleverer if the sage is trapped between the veal and the ham. It is important to tenderise the veal with a meat hammer before assembly.

Pin the prosciutto and sage leaves to the veal using cocktail in a lengthwise manner. You may need two leaves per chop (see picture).

Dredge the non-proscuitto side in seasoned flour.

Heat a pan with 2 tbsp of the olive oil. Cook the saltimbocca flour-side down for about 4 minutes, until done. They are done when slightly browned and there is no pink meat on the upper surface.

Flip the saltimbocca over onto the prosciutto side, and immediatley flip back. Fish them out of the pan and rest it while you make the sauce.

Add the rest of the olive oil, butter, sage bunch and Martini, and heat vigourously until emulsified. Season and add a squeeze of lemon to taste. Remove and discard the sage bunch.

Serve the saltimbocca with the sauce drizzled over. 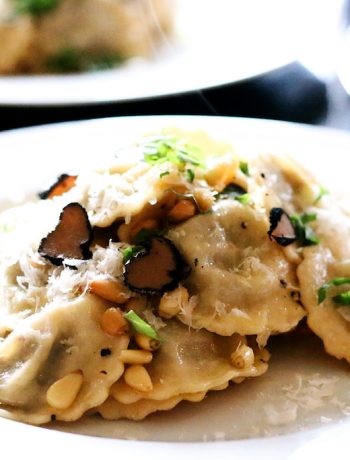 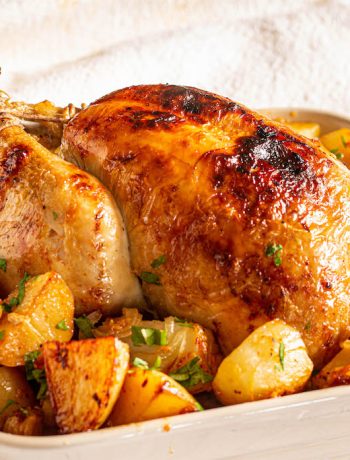 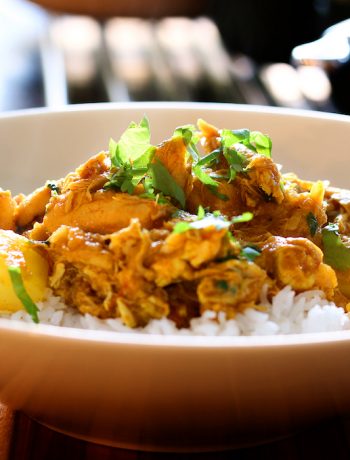 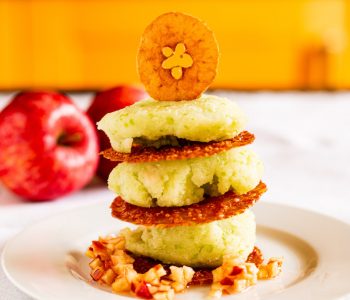 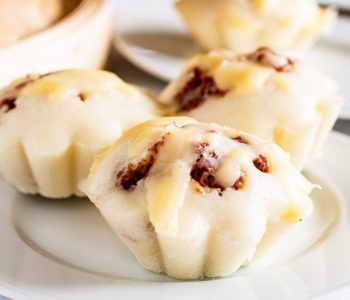 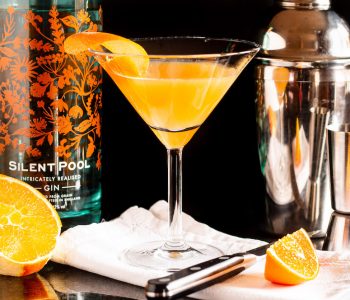