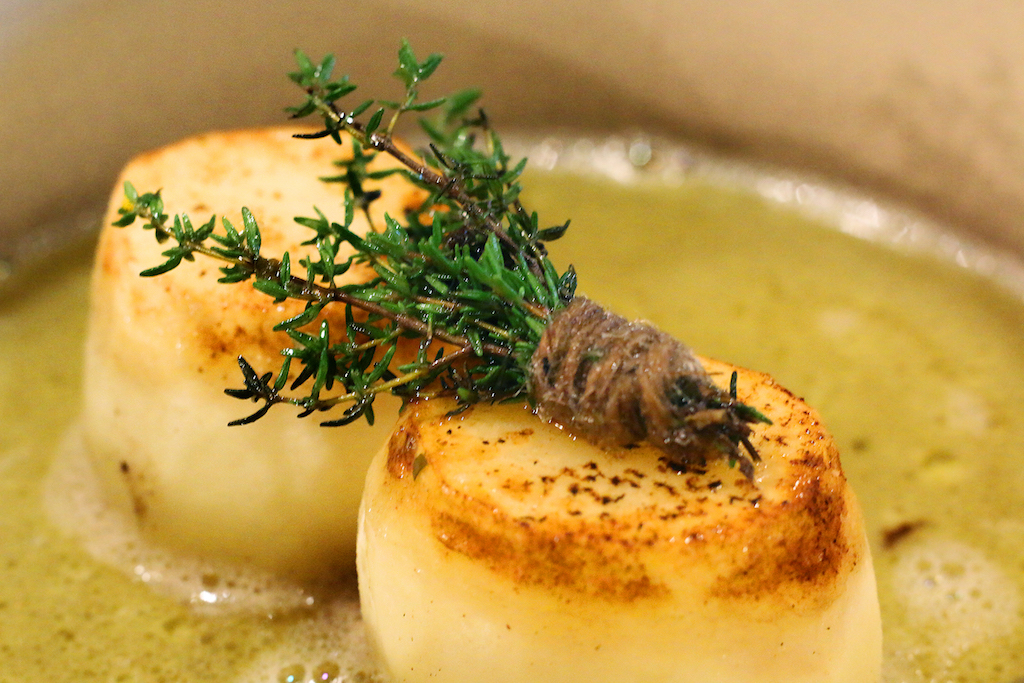 For many dishes, the origin of the recipe will become evident after stirring Google gently for a few minutes on a medium heat. Not so for pommes de terre fondante. With an hour or so of Googlage, I cannot locate a history, or even a ‘recipe zero.’ In think that finding the original would require learning medieval French and visiting the cookery section of the Bibliothèque nationale de France.

Certainly, there are many, many different ways of doing pommes fondant. There is no point tryng to dissect them all because Felicity Cloake of the Guardian has already done it. Having nailed pommes fondant years ago, reading that Guardian article is ten minutes of forehead-slapping WTF. There are recipes with duck fat (Anthony Bourdain), those with lots of stock (Gordon Ramsay), those with way too little stock (Bourdain), and one done in water (Michel Roux Jnr). It really is small wonder that pommes fondant are the number one probably-going-to-mess-it-up dish that Masterchef hopefuls routinely serve to Greg Wallace just plain raw. In the end, Cloake plumps for a recipe that uses no stock, and only clarified butter; but, by her own admission, this is because she dislikes the French predilection for having potatoes that taste faintly of meat. For me, that is a deviation from the original method, and it ought to be deleted from the Internet, written onto paper, burned, the ashes covered in petrol in a jar, and the whole Molotov cocktail of potato heresy thrown into the fiery caldera of the nearest active volcano. You don’t mess with a classic like this just because you have one on you about the entirety of the French style. Tsk.

My method for pommes fondant is the second one I tried (the first was an over-cooked disaster). I can’t remember were I ran across it, but it was probably from the Hairy Bikers. It is bang-on authentic, and damn near impossible to screw up. If you are cooking pommes fondant alongside any other time-critical dish, then make certain you have about 10 mins spare on the tatties. They will keep warm covered off the heat if they are done before your meat, but they are a devil to rapidly cook if they are raw in the middle while the meat is being carved for the plate.

My only addition to the canon on this classic French potato dish is to say that the recipe here is more straightforward to do than mash. Yes, really.

Bibliothèque nationale de France is located at Quai François Mauriac, 75706 Paris, France, should you have the urge.

Peel the potatoes and cut the ends off so they will stand up. Use a paring knife to shave off the angles until they resemble a barrel. A very smooth effect can be achieved by giving the sides of the potato a final scrub with a ScotchBrite pad. This is the endless penance of the brigade kitchen assistant.

Season both ends of the potatoes.

Heat the butter in a thick, lidded pan (we use Le Creuset cast iron cookware for this), and fry one end of the potatoes until golden. Turn over, and fry the other end for a little less time.

Pour in the chicken stock until it reaches about one third of the way up the sides of the potatoes.

Baste the potatoes in the stock using the thyme brush. Set the brush on top and simmer covered on a low heat for 30 mins, basting with the brush occasionally.

Check for done-ness with a paring knife and serve when soft in the centre. 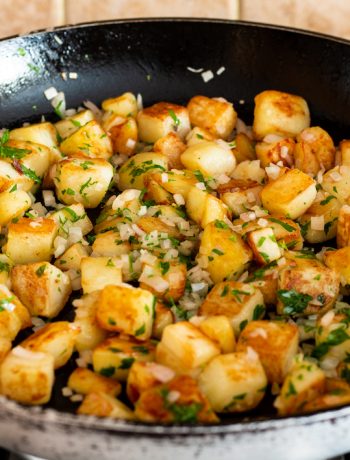 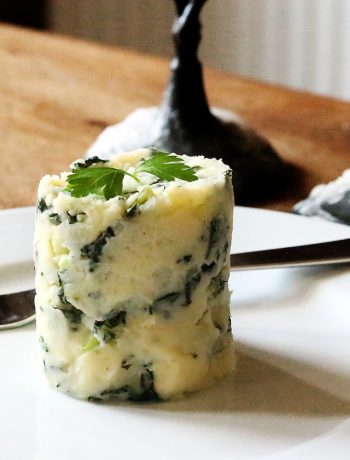 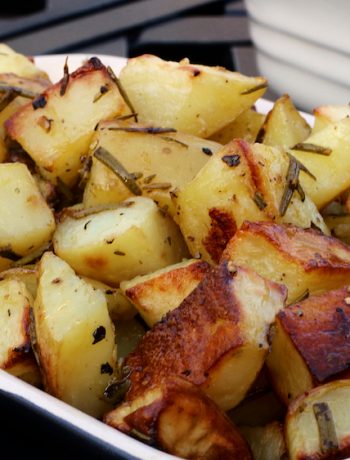