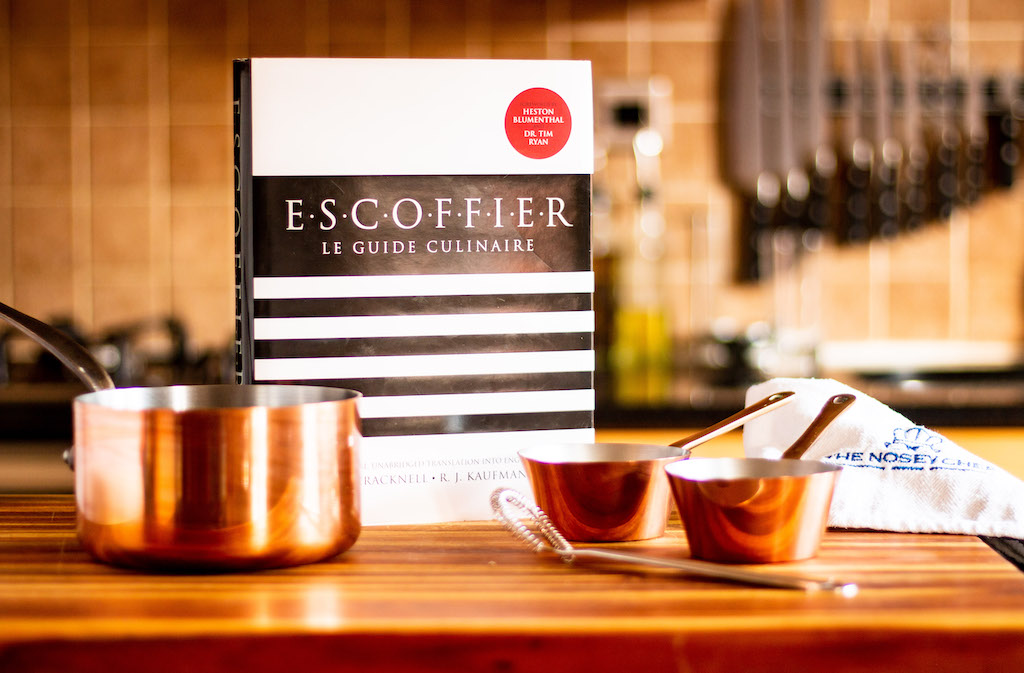 The classification of sauces sounds like an arcane thing, but knowing about it is very helpful in breaking down how a dish is made and how it might be altered. Cook, foodie, whatever you might be, can you name the five sauces? Clue: one of them is definitely not the one that comes square bottle with a picture of the Palace of Westminster on the label.

Larousse defines a sauce as ‘a hot or cold seasoned liquid, either served with or used in the cooking of a dish.’ Whilst the word ‘sauce’ comes directly from the Latin salsus, meaning ‘salted’ (presumably a reference to salt as the most common seasoning), sauces have been an integral part of French national and regional cuisine for centuries, and in some cases they define the food of a particular area.

Unfortunately, while the ubiquity of sauces may be true in France, history has not been so kind when referring to the cuisine of Les Rosbifs; as our French neighbours like to refer to us Brits.

Napoleon’s principle ambassador to the United Kingdom, Charles Maurice de Talleyrand–Périgord, is on record as saying:

“England has three sauces and 360 religions, whilst France has three religions and 360 sauces.”

This was not meant as a compliment.

The middle of the 19th Century gave rise to one of France’s earliest proponents of the elaborate style of cooking that became known as grande cuisine. This individual was Marie Antoine Carême, who is considered to be the first ‘celebrity chef.’ Carême began to classify sauces into groups. He started by dividing sauces into brown or white, and his four definitive ‘grande’ sauces were further classified as béchamel, espagnole, velouté and allemande.

In the 20th Century, along came the equally legendary Auguste Escoffier who took it upon himself to demote allemande to a daughter sauce of velouté, whilst adding hollandaise and sauce tomate as principal sauces. The result is the five-sauce system codified in Escoffier’s Le Guide Culinaire (1903): espagnole, tomate, velouté, béchamel and hollandaise.

When learning how to cook, it is hugely useful to go back and find original recipes, rather than trying to extract them out of a derivative version. Nowhere is that more helpful than with the five mother sauces. But there are some problems with that – particularly for espagnole. The original recipe for that requires the sacrifice of a brace of partridge, a whole Bayonne ham and a shoulder of veal. No modern cook in their right mind is going to do that. Thankfully, Larousse guides us around these obstacles and provides a series of recipes that are as original as possible, but doable in a modern kitchen.

Espagnole: Invented some time in the 1600s, and probably not a Spanish sauce; instead named for the brown hair of Spaniards as a distinction from the blonde ‘allemande‘ (Germans). Reduce a mixture of beef stock with mirepoix and red meat offcuts cooked until it is thick and syrupy. Further reduction (with the possible addition of wine, sherry or Madiera) will give you the ‘daughter’ sauce demi glace.

Tomate: No history to be had here, and the name is just ‘tomato.’ Like espagnole, but with fresh tomatoes added along with bacon/pork offcuts, then reduced until thick. This is not to be confused with the simpler Italian preparations of onion, garlic and tomato. The meat is omitted for vegetarian dishes.

Béchamel: Once known as in Italy as ‘salsa colla,’ or ‘glue sauce,’ this gloopy stuff was brought to France by Catherine de’ Medici in 1533. The sauce was later named after Louis de Béchamel, honorary Steward to King Louis XIV of France. Originally a veal velouté with a shitload of cream in it, the sauce is now prepared from a white roux of butter and flour, to which milk is added. Add cheese to get the daughter mornay sauce.

Velouté: First written down by François Pierre de la Varenne (1615–1678) in 1651, its origin is not known, other than the fact that ‘velouté‘ translates to ‘velvety.’ Preparation is the same as for béchamel, but using stock in place of milk.

Hollandaise: ‘Dutch sauce’ was recorded as far back as 1573, but hollandaise as we know it may have been invented by Varenne, who was not Dutch. Egg yolks whisked with vinegar and water reduction, into which butter is whisked.

Espagnole: Melt the butter and heat until frothing. Stir in the flour and cook for 2 minutes, until it starts to darken. Add the mirepoix, chopped mushrooms and crushed tomatoes. Cook for a few minutes without burning. Add the stock in small aliquots, stirring continuously until all the stock has been added. Simmer on a low heat for 3–4 hours, skimming the surface occasionally. Allow to cool and strain through either a cheesecloth or fine sieve.

Béchamel: Melt the butter, add the flour and cook for a minute or so. Start slowly adding the milk but by bit without boiling until all the milk is used, and the sauce is thick and creamy. Season and grate in some nutmeg.

Velouté: Melt the butter, add the flour and cook for a minute or so. Start slowly adding the stock bit by bit without boiling until all the stock is used, and the sauce is thick and creamy. Season.

Hollandaise: Melt the butter in one pan, and in another reduce the vinegar and water by half. Transfer the vinegar reduction to a bain marie and whisk in the egg yolks taking care with the heat so as not to scramble. Take off the heat, and slowly whisk in the warm butter, again avoiding scrambling. Season and add lemon juice.

Tomate: Lightly fry the bacon in oil, add the vegetables, cover and cook gently for half an hour. Add the flour and cook until lightly toasted. Add the tomatoes, garlic, herbs, ham and stock. Season, add the sugar and simmer gently for 2h. Strain the sauce and dot with some tepid butter.

Common variants of the béchamel infuse warm milk with bay, onion and mace, which are sieved out before using in the sauce. Vegetarian dishes using sauce tomate omit the bacon. Hack methods. Espagnole: Knorr beef stock pots in relatively little water with tomato puree. Infuse with a pig's trotter if you have one. Béchamel, velouté: The USA measures can be easier to remember: 1 tbsp butter + 1 tbsp flour + 1 cup liquid. 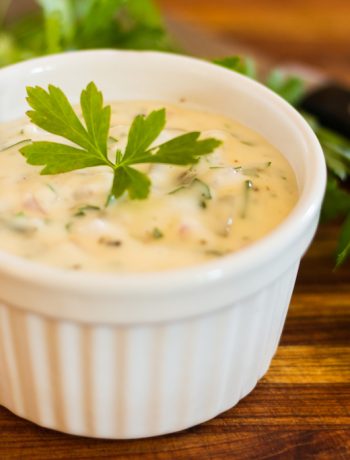 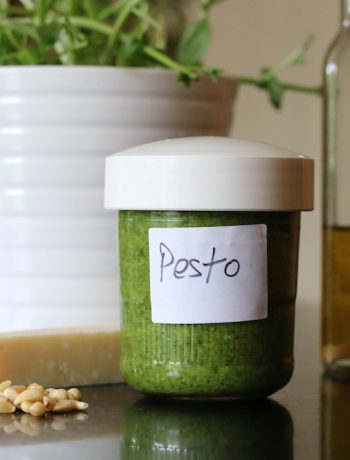 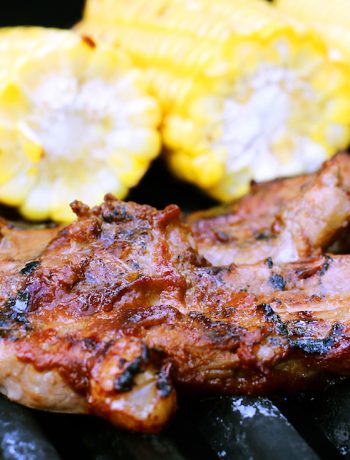