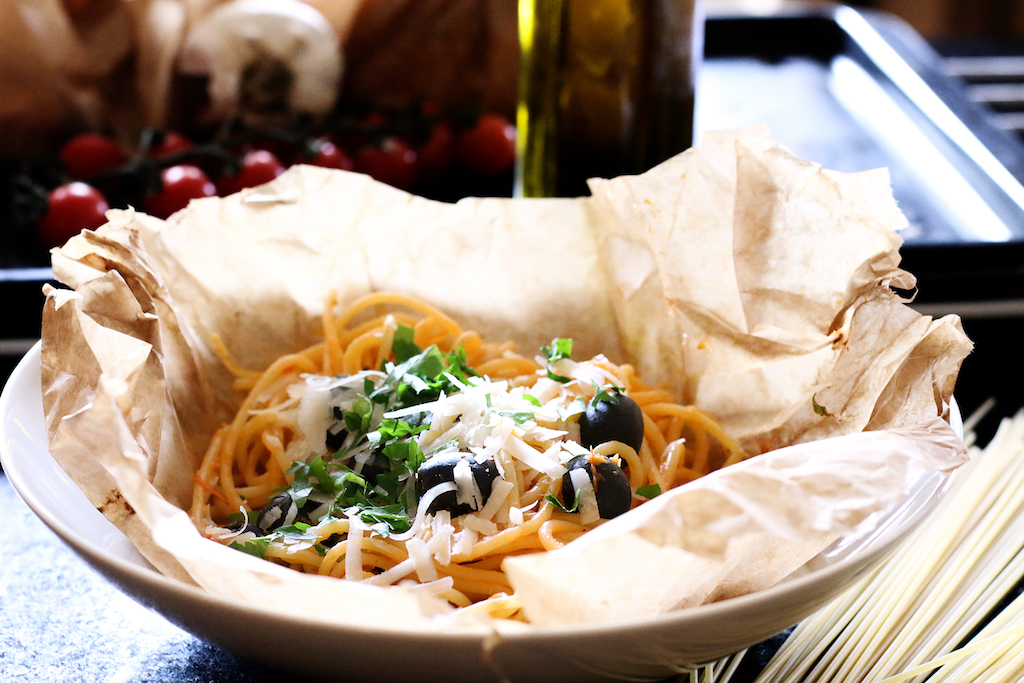 ‘Tomato pasta thing.’ Most British students have a version of this that they came up with when first forced to cook for themselves. I remember my version – it had so many dried herbs in it, it smelled and tasted like a garden, and not in a good way. I was taught an unctuous version I used to call ‘tomato pasta bake,’ but our son called it ‘pasta with sticky cheese,’ and that will be its name forever more. Pasta with sticky cheese breaks every rule there is by containing sweetcorn, and being laid over with a cheddar béchamel sauce that is then gratinated. It is the bastard son of penne alla Neapolitana and macaroni cheese and we love it. We always go back for more of the the crispy seconds, blackened and baked onto the sides of the casserole. I was quite surprised a couple of years ago to receive a recipe card from chef tutor Nick Nairn that was essentially the same thing less the corn.

The history of tomatoes in Italy is worth a toot. ‘Pomodoro,’ or ‘golden apples’ were introduced to Italy in the 1500s. But it took nearly 100 years of looking at them before the Italians hit on the cool idea of cooking tomatoes. The term ‘golden apples’ may have come about because tomatoes, members of the nightshade family, were introduced to Italy at the same time at tomatillos. Tomatillos are usually yellow when ripe, and were considered interchangeable with tomatoes – hence ‘pomodoro.’

The spread of tomatoes into many Italian dishes, and the use of them on their own without meat comes, as many things do, from the fiscal necessities of abject peasantry. In the South of Italy, and in Sicily, tomatoes became one of the staple foods of the poor, with the backstreets of the dangerous and run-down Naples leading the way. The famous pomodoro alla Napolitana (baked tomatoes stuffed with anchovies garlic and herbs) was first written down by Vincenzo Corrado in the 17th Century, in a time when Italian recipe writers had penned less than 15 recipes containing tomatoes. Now, of course, you can’t take a step in Italy without tripping over a tomato, and they form the basis of so many classic foods, including the most wonderful invention of all – pizza.

Today’s dish is spaghetti alla cartoccio, which is an Ursula Ferrigno recipe that we have been making for years. This uses fresh tomatoes rather than canned, and it elevates studenty ‘tomato pasta thing’ to dinner party levels, while not adding much to the basic ingredients. Serving the dish in the cartoccio packets not only adds fun, but it also gently steams the pasta at the end of the cooking and traps the aromatic flavours of tomato and olive in the cartoccio, which are then released on opening.

Heat the oil in a sauce pan and add the whole garlic. Sauté the garlic until it is browned. Discard the garlic and retain the oil.

Add the tomatoes to the oil (they will spit, so stand back) and cook gently for 20 mins until broken down.

Add the chilli to the tomatoes and blitz the mixture in a blender until smooth.

Pour the blended tomatoes back into the pan and simmer for a further 20 mins. This thick liquid will spatter a bit, so keep the heat low.

Add the olives and half the parsley to the tomatoes, and stir the sauce into the spaghetti, coating thoroughly.

Place a portion of the spaghetti onto each of four large cut squares of baking paper. The olives always seem to get left behind in the pan, so share these between the portions too. Gather up the edges of the baking paper and twist together to make loosely sealed packets (these are the 'cartoccio,' or 'cartouche' as the French call them).

Place the cartoccio on a baking sheet and bake in the oven for 7 mins.

Serve the cartoccio sealed in bowls and let your family or guests open their own little packets of joy and add their parsley and parmesan to garnish. 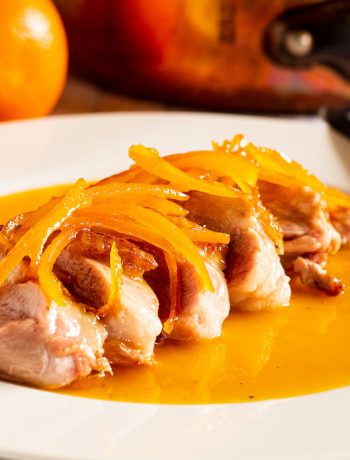 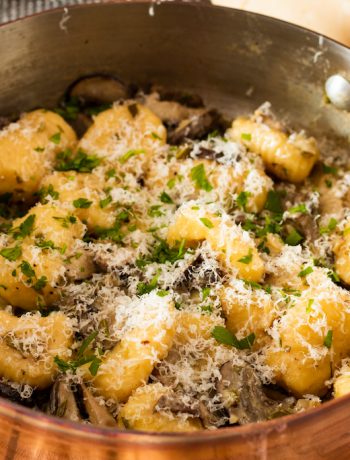 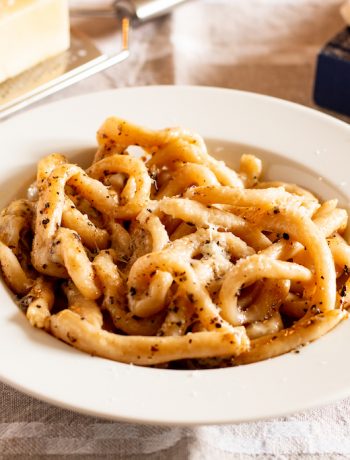