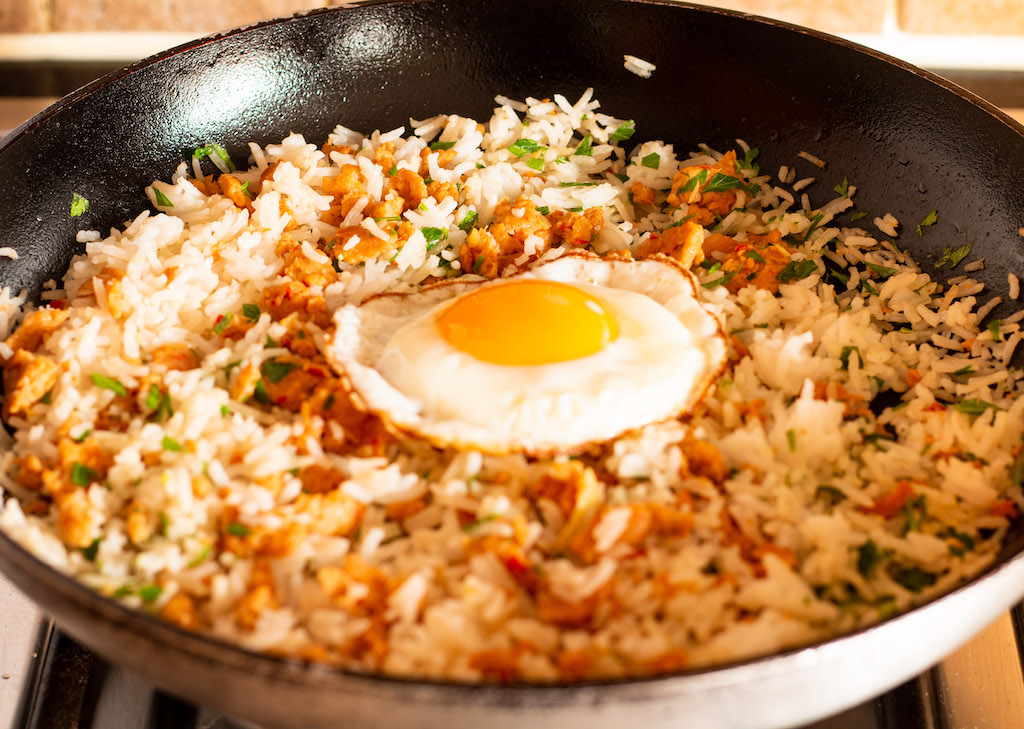 Nasi goreng has its origins in the worthy pursuit of using up leftovers. Rice, which is the core element of nasi goreng, is particularly problematic as a leftover. Back in 1974, Mortimer and McCann published an article in The Lancet detailing a 1971 outbreak of food poisoning in which 13 people became seriously ill after eating rice from a Chinese restaurant. The pathogen was determined to be Bacillus cereus, which had expanded to poisonous levels by leaving cooked rice out overnight to make into fried rice the following day.

Even with refrigeration, leftover rice must be thoroughly reheated and eaten within 24h of the first cooking cycle to remain safe. The Indonesians are well aware of this, so nasi goreng cooked at home is a breakfast made from the leftover rice of the night before, heated to mental levels in a wok, and flavoured with pretty much anything that is also in the fridge, with the emphasis of getting a load of chilli in there.

As a dish of leftover carbohydrate, finding the origins of nasi goreng is impossible. All of the major Asian cultures were re-frying rice as early as the 13th Century, and over the last thousand or so years, they have invaded and traded with each other over and over such that the borders of fried rice production are as blurred as those nudey ladies at the start of James Bond films.

The only patterns to be found are that the Indonesians like their fried rice hotter than the Chinese, and way hotter than a pilau. The Dutch also enjoy Indonesian nasi goreng due to historical colonial ties with the country.

Naturally, for a dish of leftovers, there is no fixed recipe, and the only immovable constant is the rice. We took inspiration from ‘food urchin’ Danny Kingston, whom we have a pleasant acquaintance with on Twitter. We have added the term ‘telur‘ to the dish to denote the presence of eggs.

Put the onion, garlic, chilli, ginger, soy sauce, sugar and shrimp paste (or paste components) in a food processor and blitz to a paste.

Heat 2 tbsp of the oil in a wok or large frying pan, add the paste and cook through until lightly browned (very important if you have used raw prawn). Add the cooked rice and cook for about 5–7 minutes, stirring all the time until the rice is warmed through.

In a separate pan fry the eggs in the rest of the oil.

Divide the rice between four plates and add any extra bits and bobs you might have in the fridge. Place an egg on top, sprinkle over the coriander and season to taste with salt and pepper 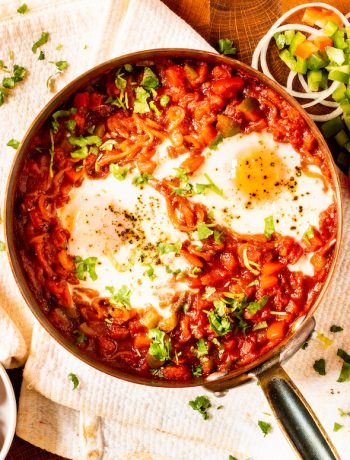 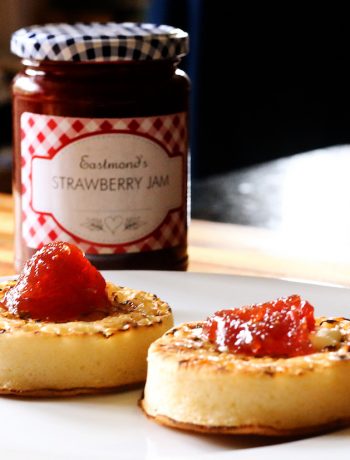