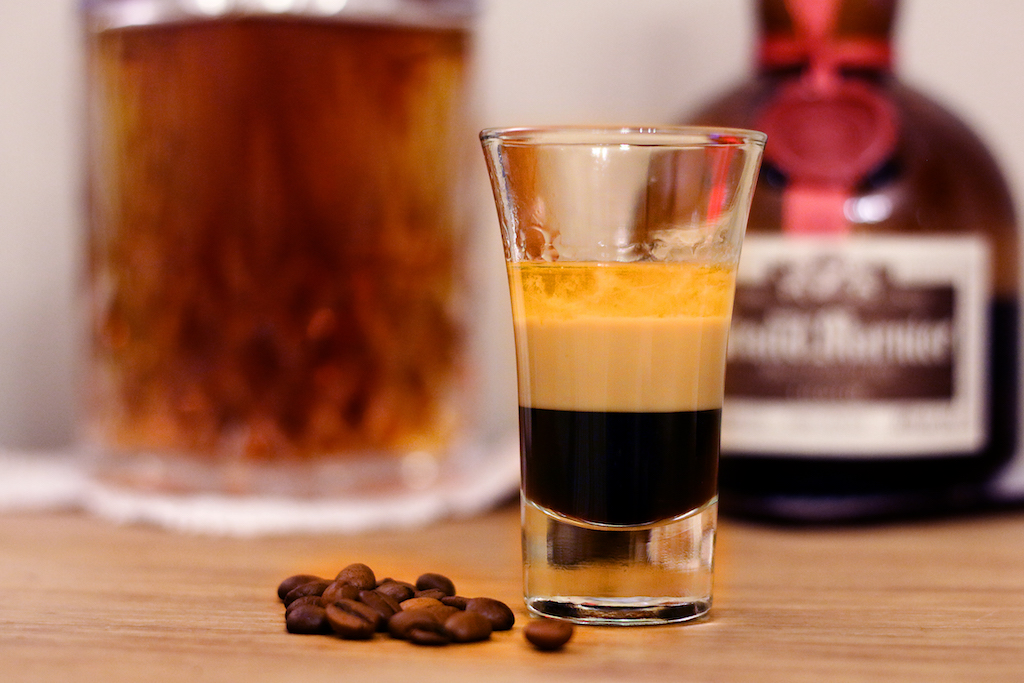 Shots. We all love it when an elegant evening of good food and wine deteriorates into riotous rounds of shots. I have a few bottles of fun shots stored in the freezer. I make my own limoncello, I have some toffee vodka, which is made from Smirnoff and Werther’s Originals, and I have a bottle of pear shots that my sister-in-law Viv made in her kitchen in Wimbledon. When the dessert is done and the espresso is drunk, but nobody feels like calling an end to the evening, out come the shots, and we all get blasted.

The joy of shots is the speed at which you can get through a truly debilitating amount of alcohol; however, if you want to slow it down and drink the most luxurious of shooters, then there is no better brew than the silky smooth B-52.

I recently learned that the B-52 is not directly named after the American Boeing B-52 Stratofortress long-range bomber that made its name bombing the living shit out of Vietnam. Rather, it is named after the American new-wave rock band The B-52s, who, when formed in 1976, named their band after the a beehive haircut that resembles the nosecone of the aircraft. It is, therefore, pure co-incidence that the colours that make up the multi-layered B-52 shot are the same ones that are used to camouflage the bomber against sky and ground.

The B-52 is thought to have been invented in 1977 by Peter Fich, who was the head bartender at the Banff Springs Hotel, Alberta, Canada. He had meme going where he named all his new cocktails after bands, songs and albums he liked. One of the first customers who drank a B-52 was the owner of the Keg’s chain of restaurants and cafés, one of which was in Calgary, Alberta. This chap liked the cocktail so much, he put it on the menu at Keg’s. From there, the B-52 rose to global popularity. Another version of events says that the B-52 was invented by Adam Honigman at Maxwell’ Plum in New York. So, we have yet another drink with a murky history. 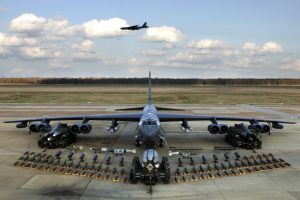 The fun thing about a B-52 cocktail is that, like its airborne counterpart, it is hugely adaptable. Here are some of the best-known variants:

Flaming B-52. Warm the Grand Marnier before adding it to the drink. Light the warm alcohol, and serve it while still on fire. Note that this can break the shot glass.

B-52 On a Mission. Make the drink as normal, add a layer of high-proof rum and set fire to it.

B-51. Replace the Grand Marnier with either frangelico, pastis de Marseilles, or rum.

B-52 Bombay Doors. Make as normal, and add a fourth layer of Bombay Sapphire gin.

B-54. Replace the Grand Marnier with amaretto.

B-52 Full Payload. Make as normal and add a fourth layer of frangelico, and a fifth of high-proof rum, set on fire.

B-53. Replace the Grand Marnier with vodka.

B-5200. Replace the Grand Marnier with Navy rum.

B-52 Frozen. Blend the usual ingredients with crushed ice. Serve in an Old Fashioned glass with a sprinkle of Cadbury’s Flake and two short straws.

The Banff Springs Hotel can be found at 405 Spray Avenue, Banff, Alberta, Canada.

Layer the ingredients in a shot glass by pouring each ingredient carefully over the back of a teaspoon. 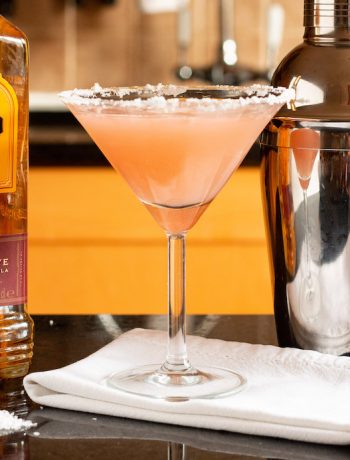 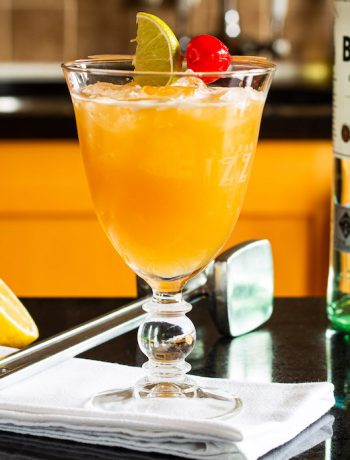 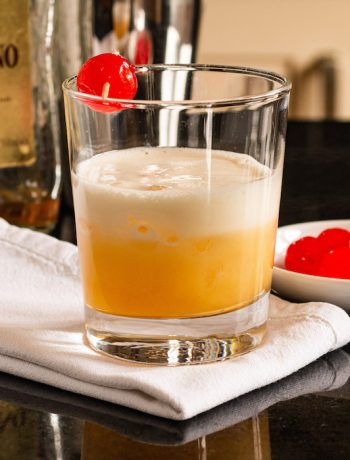