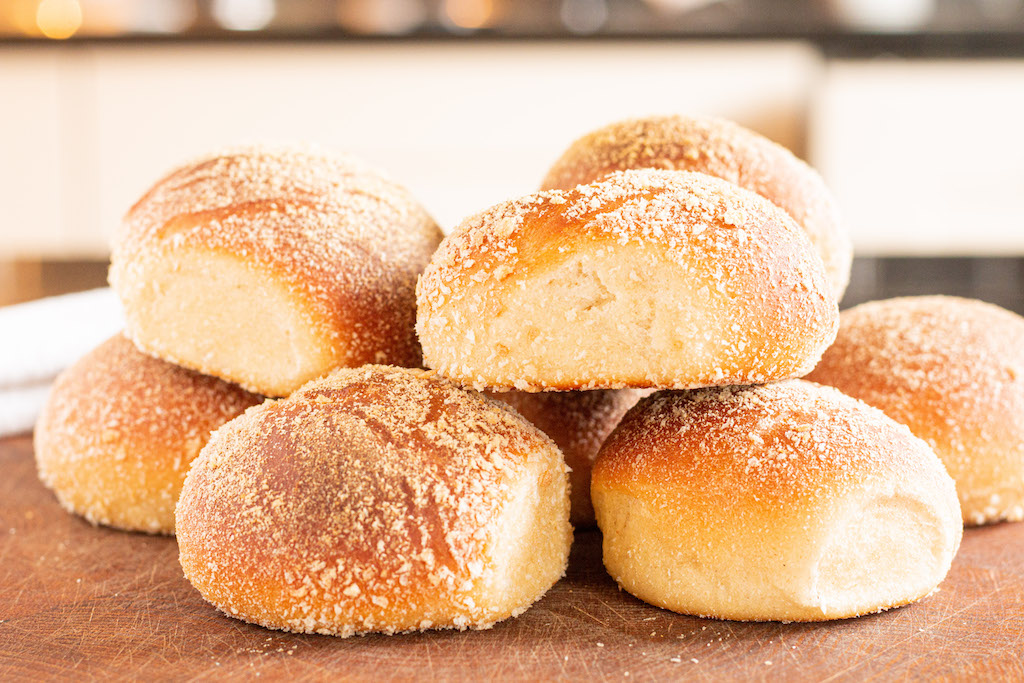 The story of pandesal is the story of colonisation and liberation of the Philippines. Wheat does not grow in the islands, so it took until 1521 for Portuguese explorer Magellan to reach the archipelago with ingredients and a recipe for bread. Once the Spanish were in charge, bread rolls made with wheat flour were cooked on the floor of open ovens as ‘pan de suelo.’ Over time, cheaper, low-protein (low-gluten) flour was used, which explains why modern pandesal does not call for strong, wheat-based bread flour. Interestingly, the milling of flour in the Philippines did not start until the 1800s when there was then a need to make large quantities of communion bread for Catholic services. Commercial flour production was not industrialised until as late as 1958.

The American liberation of the Philippines in the summer of 1945 brought new baking technology to the islands. Baking sheets were introduced, and pandesal gained another level of refinement.

Nowadays, pandesal are served warm at breakfast and dipped in coffee or hot chocolate. They are also spread over with butter, cheese, jam, peanut butter and Nutella.

Combine the first 4 ingredients (dry) in a stand mixer until well combined. Add the milk, oil and all the eggy bits and mix on medium until the dough cleans the sides of the bowl, but it still sticky and stuck to the bottom.

Transfer the dough to a lightly oiled bowl, loosely cover and prove at 24˚C (warm room temperature) for at least 1 hour until doubled in size.

Portion the dough into 16 pieces, roll into balls, coat with the crumbs and place on a baking sheet lined with paper. Prove another hour or so until doubled again.

Bake the pandesal for 20 mins until just golden. 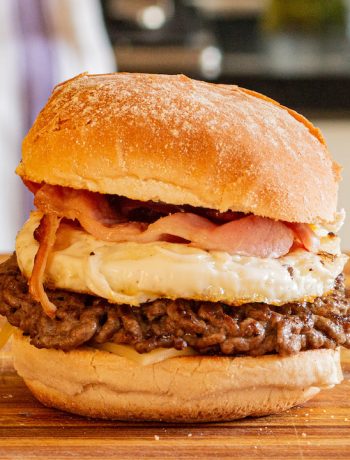 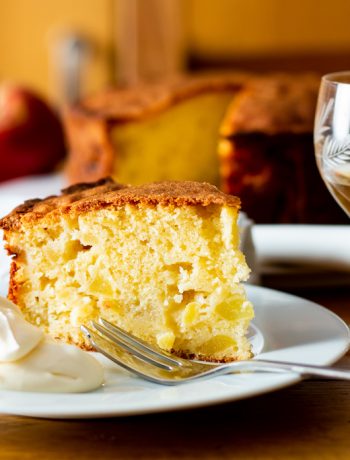 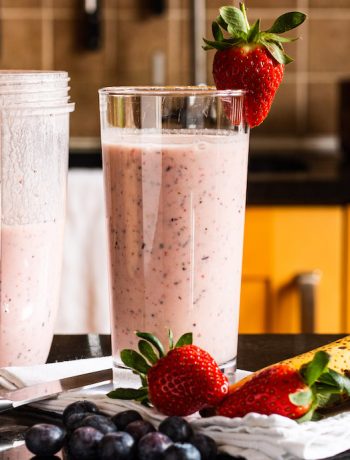