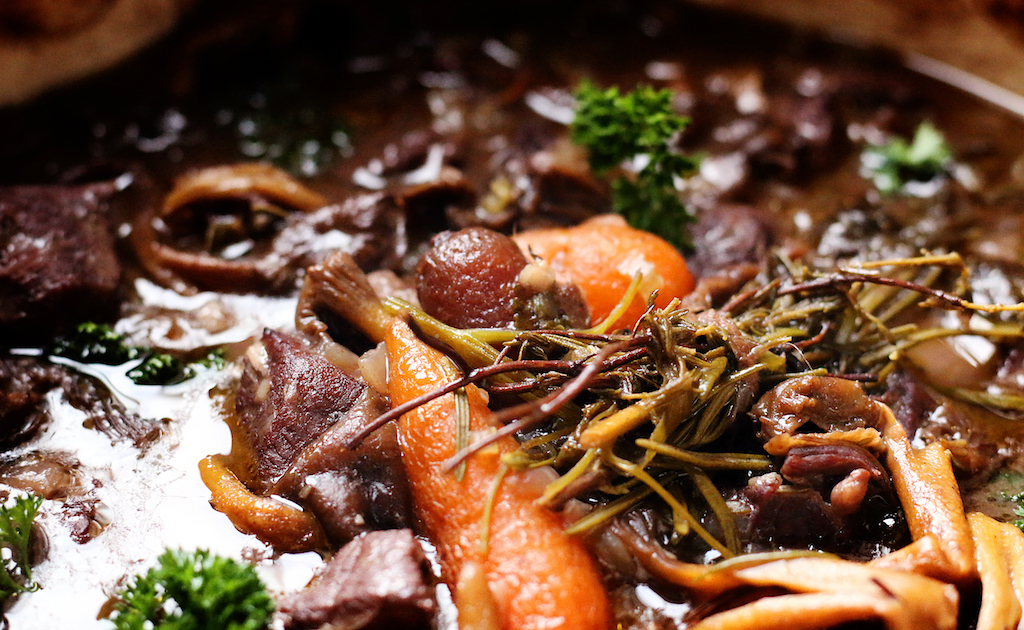 On a recent visit to Mac Burnham’s in Chapel-en-le-Frith, Mac casually asked, “Do you want any red deer?” Well, that was a silly question – I will always take venison for the pot. And I am not alone. Once eaten by only the adventurous, the health benefits of iron-rich, low fat meat have reached the ears of the masses, and demand for venison now outstrips supply.

There are six varieties of deer wandering around the UK. These are red deer, roe deer, fallow deer (i.e. Bambi), sitka deer, Reeve’s muntjac (peculiar-looking thing) and Chinese water deer. Of those, only the roe and the red are native to the UK. The fallow deer, once indigenous to the UK before dying in the last Ice Age, were reintroduced first by the Romans, and then by the Normans. The muntjacs are derived from a herd that escaped from Whipsnade zoo, and their numbers have become so problematic that a 365-day hunting season has been established. Sitka deer present another difficulty because they like nothing more than shagging red deer. This generates hybrids, and Swiss researchers have rated sitka deer as one of the most environmentally damaging invasive species on the planet. Finally, the UK Chinese water deer are also Whipsnade escapists, and their increasing numbers are being monitored. The message is: do not feel guilty about eating deer – there are shitloads of them.

In general, when we eat deer in Britain, we are usually eating the larger red deer, and these are the ones that are purposefully farmed for meat. Roe deer are not farmed, and are so small that a whole butchered animal will fit in a supermarket carrier bag. 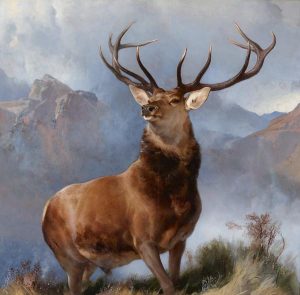 The Monarch of the Glen by Sir Edwin Landseer (1802–1873), painted for the Palace of Westminster, London, and depicting a twelve-point red deer stag

To farm red deer, young calves are housed indoors for their first winter. Unlike cattle, deer do not have large winter appetites that require feeding with silage. Instead, they can sustain themselves on hay and root vegetables. Once spring comes around, the deer are released into fields, where they freely graze on grass. They are then killed before the age of 27 months and butchered for their meat. The interesting thing about deer slaughter is that it does not need to be done in a registered abattoir. Instead, the vast majority of red deer are shot in the field and taken to a facility for butchery.

The first attempts to farm deer in the UK were undertaken at the Rowett Research Institute at Bucksburn in Aberdeen, Scotland by Sir Kenneth Blaxter. This is the same institute where I did my PhD, and the building I worked in was named after Sir Kenneth. The farm he used for the deer experiments was located at Glensaugh, near Fettercairn in Aberdeenshire. Glensaugh is now part of the James Hutton Institute, which conducts scientific research into land and resource use.

At present, while the Scottish farmed deer industry cranks the handle of husbandry to meet the demand for venison, UK meat stocks are supplemented with supplies from New Zealand.

Today’s recipe was entirely made up on the basis of what was hanging around the fridge. I was lucky enough to run across some chateney carrots in Tesco, and Mrs Nosey had come home with a pack of chantarelles. I brushed off my casserole chops (as taught by Rupert Rowley), and came up with this lovely stew which is ideal for the first cold snaps of the coming winter.

Heat the oil in a large Dutch oven (e.g. cast iron Le Creuset casserole). Lightly sauté the venison in the oil until just browned. Remove to a plate (or to the upturned casserole lid). Fry the bacon until lightly gilded and remove to the same plate.

Add the cognac and light it. Once the flames have died down, return the meat to the pan and add the wine and stock. Season and add the bouquet garni. Bring the stew back up to a simmer, cover and place in the oven for 1.5 hours.

Add the mushrooms and cook for a further 30 mins.

Remove the casserole from the oven. Turn the oven down to 100˚C and leave the door open to help it cool.

Remove all the meat and vegetables to a large earthenware gratin dish. and put it in the cooled oven.

Heat the sauce over a high heat and add the redcurrant jelly. Whisk until thickened. Season and add more jelly to taste. Be very careful to keep the sauce tasting meaty rather than sweet.

Recombine the sauce, meat and vegetables in the casserole and serve with a wintry potato side like colcannon or mash. Garnish with some chopped parsley.

This dish is even better if done in a slow cooker for a day. 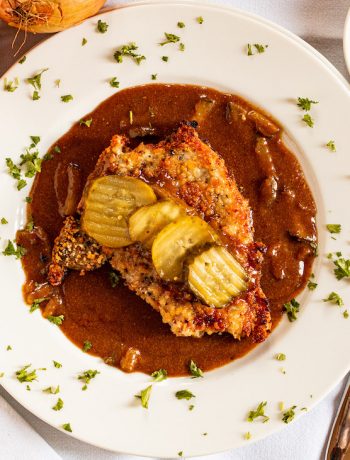 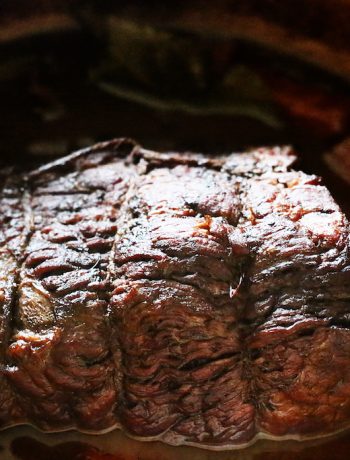 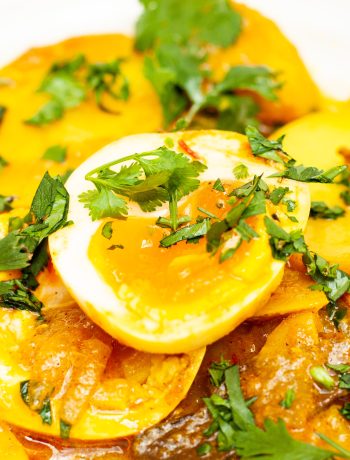