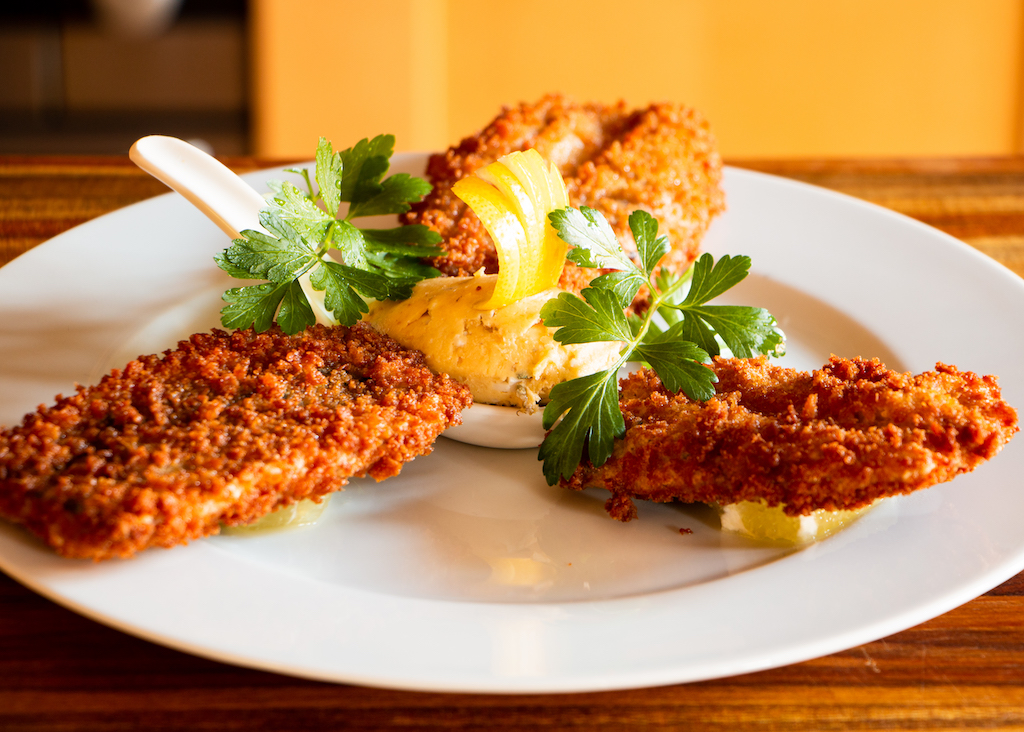 At the smaller end of the herring family, with their name interchangeable with ‘pilchards’ we find sardines. These fish (of which there are more than 20 recognised species) are just large enough to demand that the guts are taken out (unlike the smaller whitebait and sprats), but still small enough to not really need boning beyond removal of the spine.

In the UK most of the fresh, non-canned sardines are landed in Cornwall where they enjoy PGI status.

The sardine industry is in decline. People don’t seem to want them, and looking a contemporary cookbooks yield very few recipes:

If we go a bit further back in time, then things get a bit more interesting:

This is a bit more encouraging, but we have to look the grandaddy of modern cooking, Auguste Escoffier to really hit pay dirt:

Clearly, if you really want to explore the possibilities for sardines, then Escoffier is your man. Among his suggestions is a dish he calls ‘sardine à la Sicilienne.’ These are breaded and fried sardines prepared ‘colbert’ style and served with a beurre noisette flavoured with egg, capers and anchovies. Slices of lemon are served under the fish to cut through all the fat. This dish bears absolutely no resemblance to any other dish bearing the name ‘Sicilian.’ Most Italian sardine dishes so named feature fillets of sardine wrapped around a filling and fried quickly in a pan with olive oil. For this reason, The Nosey Chef is tagging this Italian-named sardine dish as solidly French.

*Right after we posted that graph on Twitter, I realised that the data are not normalised for the total number of recipes in the book. Le Guide Culinaire contains 5,000. None of the others even come close.

To make the compound butter:

Begin by making a beurre noisette. Toast the hazelnuts in a hot, dry frying pan until they start to colour. Transfer them to a blender and whizz them with half a teaspoon of water until they turn into a paste. Combine the paste with the butter, and then pass through a fine sieve.

Next, combine the beurre noisette with the eggs, anchovies and capers, and season with pepper only.

To prepare the fish:

Remove the dorsal fin, tail and head from the fish. Continue the slit made for gutting all they way through the skin to where the tail was removed. Place the fish on a board with backbone uppermost, and press down firmly with your palm to open the fish out, skin side up. Flip the fish over, and carefully remove the spine. Most of the larger bones will come with it – ignore the others. Trim off the belly flaps and season the flesh side.

One by one, dust each fish in flour, then egg, and finally in breadcrumbs.

Once the oil is hot, lower the fish into the oil (in batches depending on the size of your fryer), and cook until golden (about 2 mins; you may need to flip them over in the oil partway through to get an even crust). Drain the fish on kitchen paper when done.

Place each fish on top of a slice of lemon, and serve with some of the compound butter.

The size of this dish could be halved as a starter, or increased to three fish for a hearty lunch. True 'colbert' preparation slits the gutted fish along the spine and cuts it into three sections through the backbone. The fish is then fried and the spine is removed before stuffing the fish with a butter filling. However, Escoffier is a bit vague on this, and his description of the end result is more akin to what we did (flatten and remove the spine). 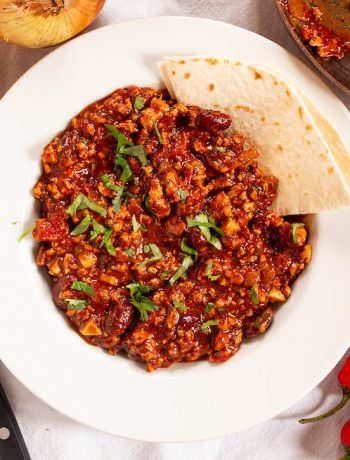 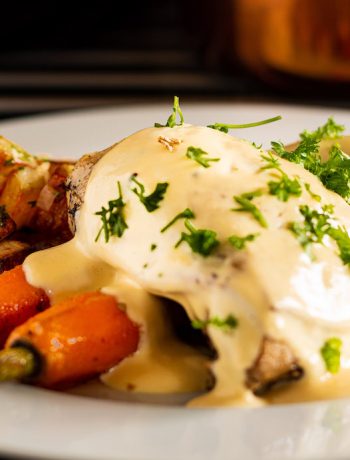 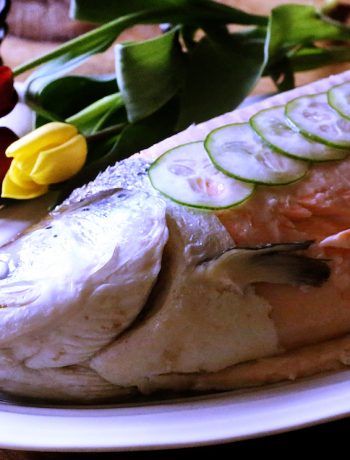